The Commonwealth Government has introduced, effective from 1 July 2018, the National Redress Scheme to provide redress to survivors of child sexual abuse up to a limit of $150,000 with counselling of $5,000 and a direct personal response. It will not cover claims for physical abuse alone.

The Diocese of Melbourne has applied to join the National Redress Scheme.

As the operator of the diocese’s complaints system, Kooyoora assists by providing information from the confidential complaints data for the diocese’s response to applications for redress from that institution under the National Redress Scheme. 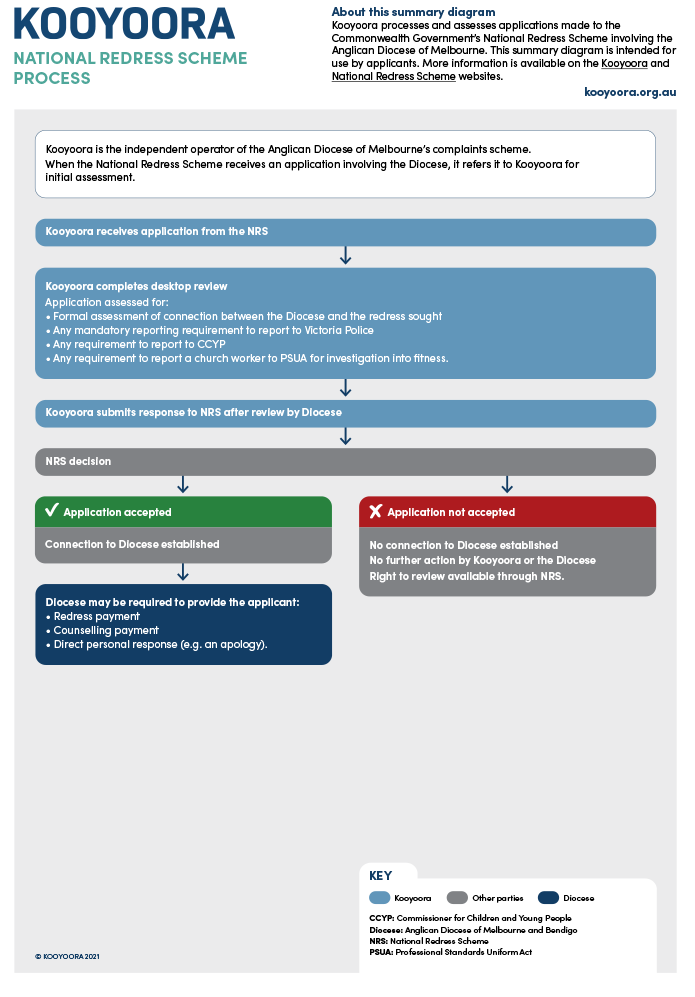 Kooyoora Ltd has established and will manage the Kooyoora Independent Redress Scheme.  This scheme is particularly relevant to redress claims that may end up in civil litigation. It will also cover claims for physical child abuse alone.

The Diocese of Melbourne has resolved to become a participating institution in the Kooyoora Independent Redress Scheme in lieu of its interim scheme, with effect from 1 March 2019.  This gives survivors a further option.

If no settlement is reached, the Scheme give a survivor options–

The Diocese has agreed to follow defined model litigant principles. 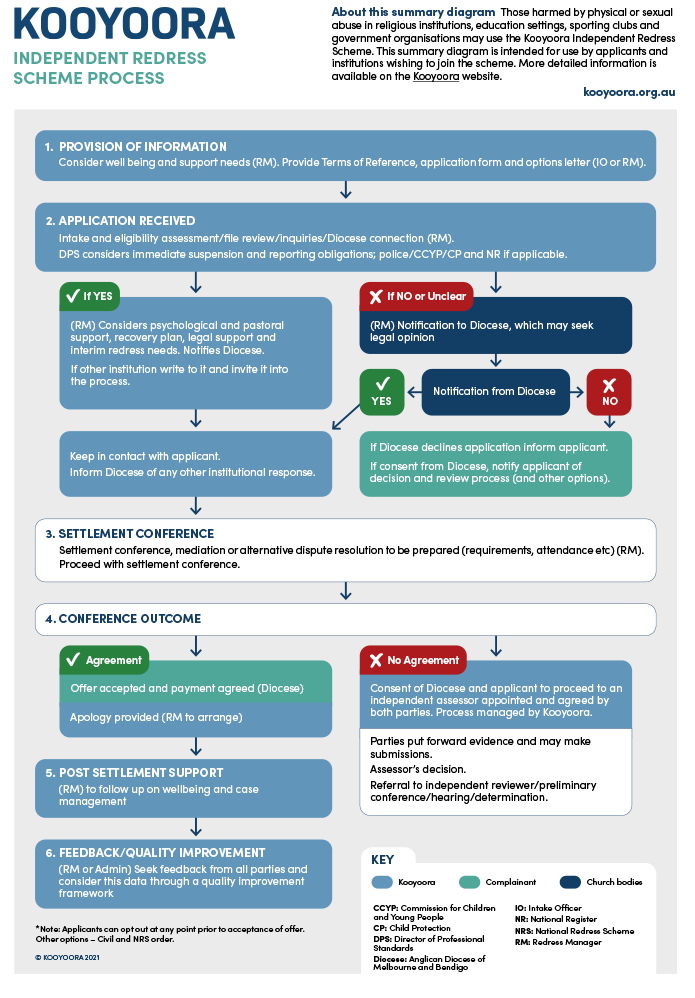